The original Indigo® DNA double helix molecular model that the Big Bang Theory model was made from was designed in 2000 consists of 17 base pairs & stands about 1 metre (3 feet tall). The first one was sold to Bell Labs in New Jersey with over 400 since going to museums, universities, hospitals, corporations, TED lectures & lawyers around the world.

The production people at the Big Bang Theory studio ordered 2 of these models at the end of season 1 & connected them to form one big model, 34 base pairs high or 6' (~2m). The model has been featured prominently albeit in the background since season 2.

The model on the TV set is starting to show its age having been knocked about with parts now missing & others incorrectly reattached. Because of this, we built our own version so you could see what the original looked like & photographed it as a stereo pair. If you focus on the two images & cross your eyes, a third image in stereo or "3D" should appear in the middle. The image is deliberately a little bit fuzzy to vex the copycats but you can tell ours is the real thing by the correct size ratio of the major & minor grooves.

Need something for the young scientist? Try our DNA Model Home Studies/Geek Gift. Or,you might want what we think is the best DNA model for teaching high school or college level genetics. 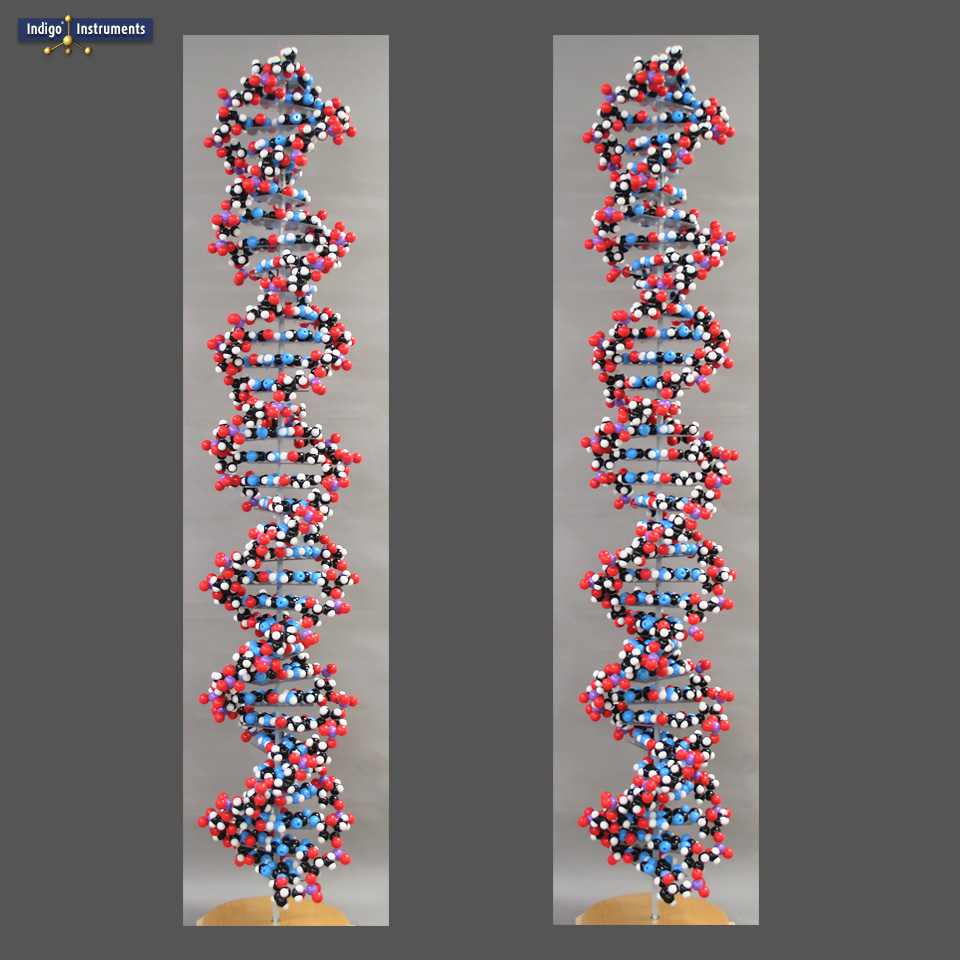